Advantages of adding gluten-free diet in your daily life 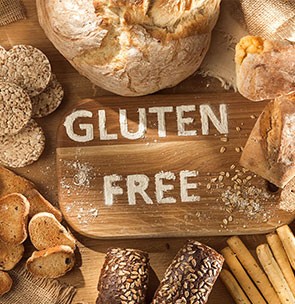 Let’s Debunk The Myths of Gluten-Free Diet: Here You Go With Accredited Advantages of Subtracting Gluten From Your Life

It’s there in your bread, in your pasta, in pizzas, in cakes and we’re here talking about the gluten that has been a significant part of your diet for a long time.

A gluten-free diet demands subtracting foods that contain gluten from your diet to treat celiac disease or to treat non-celiac gluten sensitivity.

So, if you don't have a disease or a sensitivity, should you opt for a gluten-free diet? To know this and more, scroll down.

About 132,000,000 people search for ‘Is gluten a carb’ every second. The answer to this is a big No! Gluten is not a carb. It’s a protein mainly made up of gliadin and glutenin.

These two components trap water and make it sticky like glue. This is the reason why wheat, barley, and rye flours are good for making dough. All that airiness, chewiness, bout, elasticity comes with gluten.

This diet type is the latest fad. Restaurants have menus dedicated to gluten-free products. The reason behind this lies in the fact that gluten causes major digestive problems, auto-immune diseases, mood problems, neurologic problems, and more.

A gluten-free diet has the following perks for a healthy individual, and if you’re missing it, you’re too behind in the race.

When going gluten-free, you’ll expect a lot of changes in your body, though it varies from body to body. Some of the foolproof benefits of eating no gluten foods include:

In 2009, the Fad diet started going viral with an explosion in 2011. William Davis, a cardiologist, released his best-selling diet book named ‘Wheat Belly.’

The book revolves around the main context: Wheat has killed more people than all wars combined. People even lost up to 100 pounds by eliminating gluten-rich wheat from their diets in earlier days, but we have negated this myth in the latter part of the blog. Keep reading.

They Have No Choice! 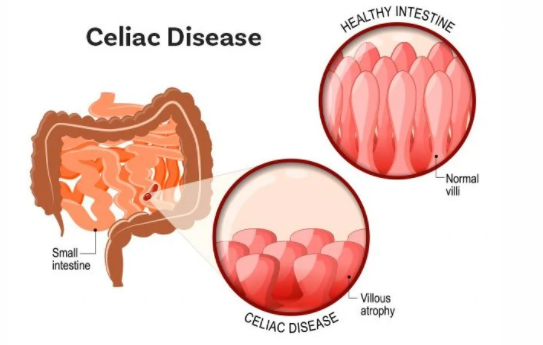 People living with celiac disease have no choice. They have to quit gluten to improve the quality of their life.

Celiac disease is an autoimmune disease that damages the site of nutrient digestion and absorption, which is the small intestine. We have a part named villi in there that turns flat, letting no nutritional absorption into the bloodstream.

As nutrients are not being absorbed, these people suffer from intestinal symptoms. Fatigue is one of the most common symptoms because there's no absorption, so there’s no food for cells and ultimately no energy.

Untreated Celiac Disease with intentional or accidental gluten consumption can further worsen the situation. Transforming over to a gluten-free diet can help your body compensate a lot for gluten-rich sources. At least, it allows the absorption of food to meet energy requirements.

About 1% of the total population is diagnosed with celiac disease. So if you have any gastrointestinal symptoms, you need to see a doctor for an investigation.

Individuals suffering from gluten sensitivity also present, but they are not diagnosed celiac positive. There’s no significant investigation exists though there is no biomarker for its diagnosis.

It is manifested as inflammation that can occur in any part of your body. Therefore, it presents with intestinal and extra-intestinal symptoms. Common symptoms are bloating, diarrhea, stomach pain. Brain fog and fatigue.

Opt gluten-free diet that helps you surpass sensitive reactions after consulting your family physician or gastroenterologist.

Here you go with a list that has gluten in it:

Disclaimer: Reading food labels effectively for gluten is the foundation for your gluten-free lifestyle.

What are some of the Gluten-Free Snack Combinations?

Here’re a few satisfying gluten-free snack ideas that can work for you. Here you go:

Eating a gluten-free diet can pose some serious health risks.

Not only this, it lacks vitamins, especially of B family and iron that may lead to neurological disorders and anemia.

Note: When on a gluten-free diet, don’t forget to take vitamin supplements.

The gluten-free diet doesn’t help you lose weight unless you omit gluten and carbs from your diet. As it's low in fiber and high in sugar, you’d definitely eat more and feel an empty stomach too often.

Eating a lot of sugar, as a result, can help you put on weight as excess carbs will store fats in your body. It’s suggested to lower the carbs and sugar intake when on a gluten-free diet.

Also, never compromise on keeping yourself fit and healthy by performing regular workouts and by taking supplements.

Though the gluten-free diet was a fad, and it still is, there's some genuine sense of reality behind it. All humans develop intestinal permeability whenever they are exposed to gluten.

Gluten will trigger a temporary leaky gut within 5 hours of eating. Usually, the gut will heal itself, but for people with celiac disease or gluten sensitivity within 36hours, the damage caused doesn’t go away.

The epithelial lining of the intestine constantly repairs itself like there's a new creation every 3-7 days. Until one day, you can’t accommodate more. The leaky gut will now initiate the autoimmune spectrum that begins to affect you.

When we switch to a paleo diet gluten-free and start cooking food at home, we have more control over food exposures, including gluten.

It’s a tricky molecule that can trigger symptoms even in small quantities. Don’t let gluten sneak into your life vehicle controlling your sugar intake at the same time.