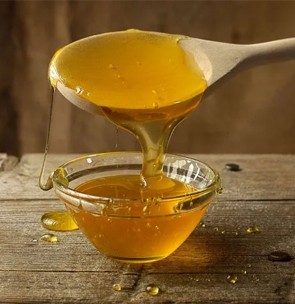 Sweeteners are considered the most used and favorite ingredient in the diet. While it is usually observed that due to its demerits concerning health, often people avoid it in their meals. Well, it is a long debate to examine the exact impact sugar and other sweeteners leave on our health.

Replacing ingredients or products of sugar always makes us think that keeping ourselves far from the sweetness is not an easy task. Although, we can plan our diet chart that is favorable to fewer sugar alternatives.

There are numerous sugary things available in the market, some are natural and others we can take as artificial sweeteners. The goodness deeply relies upon the amount of consumption we take after knowing the facts and figures about the sugar alternatives.

Maltose is a healthier alternative to other conventional sweeteners. Maltose is an all-natural sweetener originating in China and developed from distilling fermented grains, usually rice.

The ingredient list of maltose is based on two ingredients: rice and water. As per science, maltose is two glucose molecules mixed - so no fructose is noticed. It is also 50% less sweet than normal table sugar.

It was invented in ancient Chinese times and was often used to soothe sore throats and upset stomachs due to its high iron and mineral dose. This is why we like to refer to it as the ‘’honey of the east’’.

The preparation process differs slightly as brown rice syrup only contains about 50% of maltose while pure maltose is higher, yielding a thicker, less sweet syrup.

Let’s look for further depth of knowledge about maltose and what are its uses.

Maltose is a sugar made out of two glucose molecules combined together. Almost many sugars are short chains made up of smaller sugar molecules that act as generating blocks. Maltose is made of two glucose components. Table sugar, also known as sucrose, is made of one glucose and one fructose.

The production process of Maltose

Maltose can be originated from the breakdown of starch, a long chain of many glucose units. Enzymes in your gut break these chains of glucose down into maltose. Plant seeds also fabricate enzymes to free sugar from starch as they sprout.

Normally, people have taken advantage of this natural process for food production.

In the process of malting, grain is sprouted in water rather than dried. This enables the enzymes in the grains to release maltose and other sugar and proteins. The sugar and proteins in malt are very wholesome for yeast, so malt has become significant in brewing beer, whisky, and malt vinegar.

Maltose is the prime sugar in the wort and is gained from the breakdown of starch in the course of the mashing process. Maltose is declared a disaccharide and is based on two linked molecules of the fundamental ‘’sugar’’ glucose. During the mashing process period, the natural enzymes that exist in the malt, especially an enzyme is known as beta-amylase, break down the starch to generate high quantities of maltose, approx 40% of the entire carbohydrate content of the wort.

Maltose can also be included in the wort from starch sources except for malted barley. Wheat, maize, and other starch origins can be transformed using centrally microbial enzymes to turn out syrups holding a range of glucose polymers, with maltose the big portion of syrups used in brewing. Unusual syrups keeping upper (60%) levels of maltose are referred to as ‘’high maltose syrups’’ and can be utilized to exceed brewing capacity when mashing solutions are finite.

The various foods naturally contain maltose. We can gain it in wheat, cornmeal, barley, and some ancient grains. The high quantity of breakfast cereals also uses malted grains to add natural sweetness. Fruits are another amazing source of maltose in the diet, mainly peaches and pears. Sweet potatoes contain more maltose than most other foods, considering their sweet flavor.

Most syrups get their sweetness from maltose. High maltose rice syrup provides 50% or more of its sugar in the form of maltose. It is best for making hard candies and is an inexpensive sweetener.

Rice syrup is a better alternative to maltose. It has a moderate sweetness level and is available easily in grocery stores. We can opt for rice syrup in baking, icecreams making, brewing, and fermentation of beers, frozen desserts, and soft drinks as well.

Is maltose bad for you?

No research has been done on the health effects of maltose in the diet. Due to this, most maltose is broken down into glucose when digested, its health effects are probably similar to other ingredients of glucose. Nutritionally, maltose provides the same number of calories as starches and other sugars.

Our muscles, liver, and brain can convert glucose into energy. Most of the time, the brain gets its energy almost exclusively from glucose. Once these energy needs are met, any leftover glucose in our bloodstream is transformed into lipids and stored as fat.

Maltose is considered a sugar that tastes minimally sweeter than table sugar. It holds no fructose and is used as a substitute for high-fructose rice syrup.

Similar to any other sugar, maltose may be injurious if consumed in large amounts, possibly leading to obesity, diabetes, and heart diseases.

Replace use fruits and berries as sweeteners. This will help us decrease added sugars in our dietary schedule.