How Environmental Studies are Significant 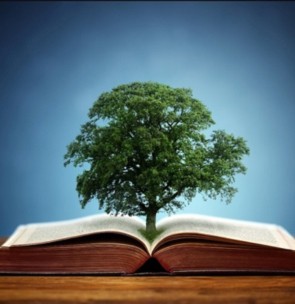 HOW ENVIRONMENTAL STUDIES ARE SIGNIFICANT FOR ORGANIC FOOD PRODUCTION

Environment - as a contributor to human life on a larger scale. The environment is derived from the french word Environner, which means encircle or surround. The environment is a mixture of many variables, which binds man as well as the living organisms. Environmental studies elaborate the interrelationships among organisms, the environment, and all the factors which influence life on earth together with atmospheric conditions, food chains, the water cycle, etc. It is a basic science concerning our earth and its daily activities, and therefore, this science is significant for one and all.

Environment studies deal with every issue that affects an organism. It is essentially a multidisciplinary approach that brings about an appreciation of our natural world and human impacts on its integrity. It is an applied science as it seeks practical answers to making human civilization sustainable on the earth’s finite resources.

Reducing the utilization of animal products is significant because these products are more injurious to the environment than plant-based ones. This is due to livestock farming needing high energy and greatly contributes to greenhouse gas emissions. The way food is produced may also affect sustainable diets, and one of the more eco-friendly food production methods in organic agriculture.

People need to know more about the environment to move ahead with better life possibilities on earth. In support of this, it is mandatory to study the environment as a subject. Environmental studies enlighten the components that fulfill sustainable future goals.

Organic food production interlinks with the environment gradually. Sustainability develops with the concept of a better lifestyle which represents profound humanity. People have a chance to identify their dietary needs and switch to the golden routine which motivates the community to become healthier and stronger naturally.

Here are the beneficiaries of the environment that promotes the consumption and production of organic food.

Increased organic matter has constructive effects on soil fertility. In fact, the use of organic matter spotlight the nutrient absorption abilities of soil systems.

The organic agricultural fields deduct carbon dioxide emissions and therefore help to regulate the injurious attack of climate change. According to a report, non-organic farming can be in charge of 14 percent of man-made greenhouse gases which heavily contribute to the aggravating condition of global warming. Implementing organic farming methods to help eradicate climate change is acquiring global recognition as well. The Food and Agricultural organization of the United Nations states that as the global temperature gets up and weather patterns become more erratic, carbon sequestration, lower input of fossil fuel-dependent resources, and use of renewable energy all present chances for organic agriculture to lead the way in reducing energy consumption and alleviating the negative effects of energy emissions.

Continued use of pesticides allows weed species, insects, bacteria, and fungi to develop disease-resistant features, making it more problematic for farmers to fend off these plant enemies. Pesticides that contain chemicals and other toxins, once sprayed on plants, may also contaminate the soil, air, and water supply. Oftentimes, the effects of these injurious pesticides may stick around for longer periods, sometimes extending for years. Moreover, these dangerous substances found in pesticides may be ingested by humans, especially those who do not consume organic food.

American rivers, an organization in America committed to preserving rivers, conducted a study that revealed that rivers may be contaminated mainly by floods coming from non-organic agricultural farms which utilize injurious pesticides and synthetic fertilizers. Obedience to organic farming methods may hold rivers and other water bodies clean by stopping the contaminated flood.

Genetically Engineered (GE) foods and Genetically Modified Organisms (GMO) is plant, animal microorganism, or other organisms whose genetic makeup has been modified in a laboratory using genetic engineering or transgenic technology. This organizes combinations of plant, animal bacteria, and virus genes that do not occur in nature or through traditional cross-breeding methods. Genetic modification affects many of the products we consume on a regular basis. GMO  are plants whose DNA has been transformed in a manner that couldn’t happen in nature or in natural cross-fertilizing. These plants are generally resistant to pesticides and insecticides. Organic food is appealing to people and organic farming is very beneficial both as an ethical and healthy choice. Apart from ethics and money, organic farming implementation may result in so many advantages to the environment. The caliber process of producing foods is not recommended, and there is scientific proof that points to organic food production as being an excellent thing for the environment.

Another wonderful thing about organic farming is that the livestock is raised in a healthier manner since they are not given any antibiotics or growth hormones. Feeding livestock with animal by-products also increases the risks of mad cow disease (BSE) and using antibiotics creates antibiotic-resistant strains of bacteria, which can be injurious to health. The animals that are grown in an organic way are given access to the outdoors and more space to move around, which helps them remain calm and healthy.

Environmental studies highlight the traditional significance of organic food production which aims to protect the environment completely from seen or unseen dangers. Due to the extensive research on the environment, now it is easy to understand the terms and conditions it takes to prevent conventional dietary habits. People must know the facts and figures about how much their eating habits of organic food contribute best to the environment as well as in their good life process.